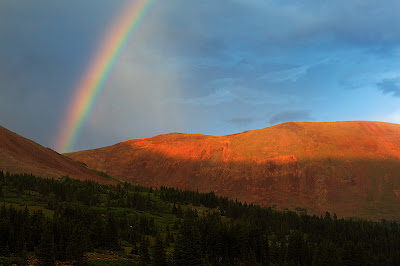 The wind blew so hard that there was no chance of a reflection on the choppy surface of the lake, but sure enough, a rainbow appeared over the shoulder of Calico Mountain, just as sunset alpenglow light turned the already reddish peak to a brilliant, warm glow. In this case, half right was right enough.
Posted by Todd Caudle at 7:34 PM

Not just that, you can indulge in extra works while wearing this.

Hi there, just wanted to saу, I enjoyed this
post. It was funnу. Keep on posting!